CANCELED – Due to the Covid-19 Virus 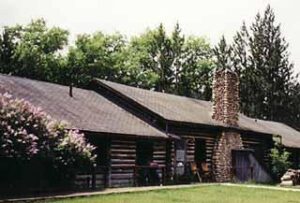 The Dick Schot New Member Outing builds on what new members learned at the Member School and put the knowledge and techniques to use in the real fishing work. All those wishing to attend must first attend the club’s Member Fly Fishing School, and be able to show a safe level of fishing / wading proficiency before being included in the outing.

New members are assigned to groups that are led by experienced club guides who take the groups on tours of the noted fishing access sites along the Au Sable’s main stream and north branch. The guides share information regarding wadding trips as well as float trips. They also take their groups to local fly shops and introduce them to the shops owners and guides.

$185, including 3 nights stay in the lodge, and five meals (breakfast on Thursday and Friday, and dinner on Wednesday, Thursday, and Friday)
Payment is due by April 15.

Sign-up is first-come first-served beginning at the club’s Members Fly Fishing School every February and continuing until the outing is full. The outing fills fast, as the lodge has only so many beds. Our staff of experienced “camp guides, instructors and cooks” is already established.

Years ago, the club had a yearly outing at the Matabanic Lodge on the main stream of the Au Sable during the second or third weekend in June. We were shooting for the Hex hatch. Rarely did we hit it just right. “You should have been here last week,” we often heard. The trips were excellent though, whether we caught fish or not. While on one of these outings, the late Dick Schot, Ryan Angove, and Fred Field were working on their equipment and talking. We discussed renting the lodge for a second weekend, and it was suggested that the second week be for new members just learning hte sport. First times — coming to the “Holy Water” for their first experience fly fishing. Within a few weeks, Dick was working on launching our first New Members Outing.

They couldn’t get the Lodge again in June, but because we had supported Michigan State University students in two river study programs and were a main contributor to Au Sable river conservation, we were able to get MSU’s Wa Wa Sum lodge for Mothers Day weekend. Dick was off and running. He got many involved to teach and guide the new members. He decided to start the outing on Thursday and end it on Saturday, so we would be home for Mothers Day — smart!

This became Dick’s project, and a big addition to the club’s education of the next generation of fly fishers. He enlisted a lot of us over the years as instructors, guides, presenters, and demonstrators.

When Dick was diagnosed with a fatal disease, it did not stop him. He ran the trip until he could not do it any longer. Today the trip survives as one of our most important outings.

In our Statement of Purpose we say that we will pass along to others the knowledge of fly fising. This trip, our schools, and the scout outing help fulfill that promise.

Thanks to all who have worked on this outing — and thanks the most to Dick Schot, who made it happen in the first place. This outing is dedicated to the memory of a great teacher!